I have now nearly completed a year of breastfeeding my girls. I never really thought I would get to this stage… especially in the beginning. I’ve written about my experience before on my blog, which you can read here . At the point of my previous blog I had been feeding for 5 months … at the time I was thinking that I would carry on to six months and take it from there. I decided to keep going and the only time I ever considered stopping was during the biting stage!

I don’t want to toot my own horn, but I’m so proud of myself for everything I have achieved. I know breastfeeding doesn’t work out for everyone, but for me it did and I’m so grateful. Breastfeeding is hard work, especially in the beginning. If you’re a twin mum, like me, just starting out on your journey, then I want to encourage you to keep going! It is hard in the beginning but believe me when I say it does get easier. I went through months of the girls feeding almost constantly. They would each feed for forty minutes, have a one hour break and feed again! So I essentially got 20 minutes to myself every now and then! Of course, they occasionally had longer periods of sleep but they were few and far between! Eventually, they began to go longer and longer between feeds and when they went on to solid foods they gradually dropped feeds. Their feeds also got quicker and more efficient to the point where they now feed for less than 5 minutes!

Now, at 11 months old they only feed when they wake up in the morning or when they go to bed at night. Its so much easier, if I was working it would also mean I wouldn’t have to pump and I can go out for the whole day too now. I know that when you’re in those beginning stages it feels never ending but I hope this encourages you!

This wee is breastfeeding awareness week and in the United Kingdom we have one of the lowest breastfeeding rates across the whole of Europe! Apparently (don’t quote me on these figures) only around 23% of twin mums end up breastfeeding! Breastfeeding twins can be really daunting and difficult and I’m sure the lack of positive success stories out there add to that. I want my story to encourage an expectant twin mum out there! Successfully breastfeeding takes an element of luck and a whole heap of determination… but it can be the most beautiful and wonderful journey! When I look down at those pairs of blue eyes staring up at me it just fills my heart with so much joy. It’s the most perfect, heart-warming feeling knowing that after you’ve grown them inside you for 37 weeks, your body still continues to grow and nourish them.

I may be coming to the end of my breastfeeding journey now and who knows if we’ll even have any more children. But I will always look back on these times of nursing my babies with so much joy. Be it those months of being glued to the sofa, the sitting in restaurants and cafes avoiding eye contact with people or the few minutes I get one on one with my babies now. I may not have loved every minute, but I don’t have a single regret.

Good luck with whatever way you choose to feed your baby. 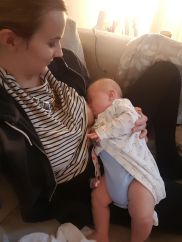 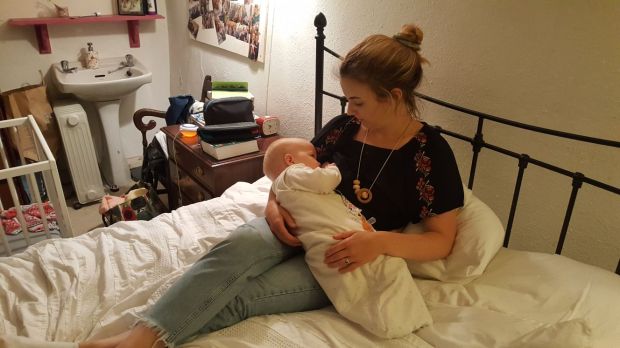 Living life for Jesus! View all posts by kateltmarler